Castlereagh NR is sited about 10 km south-west of Windsor, itself 50 km north-west of Sydney and is a large area of dry woodland. It’s an interesting place as many of the species found there are usually not seen east of the mountains.
As soon as we got out of the car, a pair of Wedge-tailed Eagles were seen, circling fairly low. Inside the reserve itself, it was only a few minutes before the next lifer was seen – a Weebill. Soon after, we found ourselves in the midst of a large mixed flock of birds feeding on seeds. A few Yellow-faced Honeyeaters, families of Brown-headed Honeyeaters, Striated Thornbills, Brown Thornbills and Eastern Spinebills. Two more lifers came close enough to be photographed - White-throated Treecreeper and Rufous Whistler. 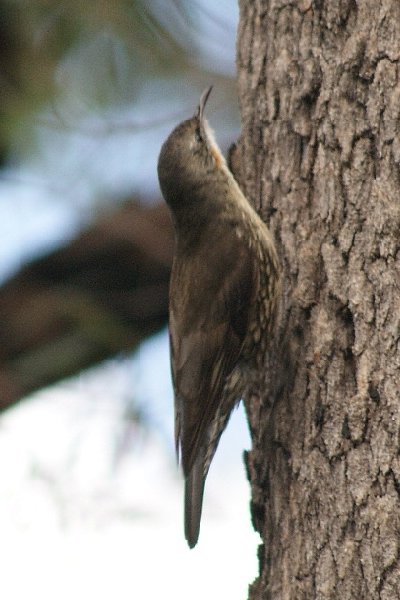 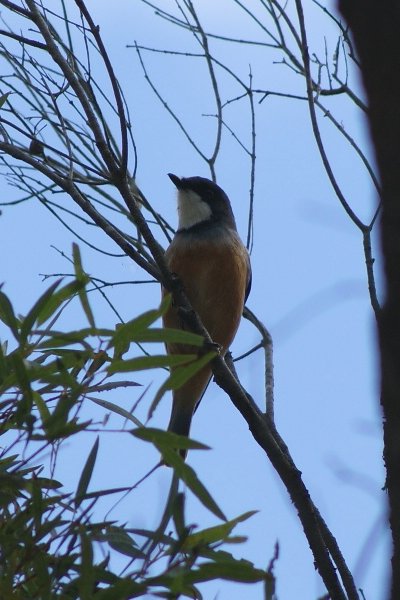 Although superficially similar to old-world treecreepers, the Australian treecreepers are unrelated – a nice example of convergent evolution. Another example – a pair of Dusky Woodswallows could be seen overhead through a gap in the trees, hawking for flying insects while gliding and soaring. A Grey Shrike-thrush perched for a view and a bit further along, a Fuscous Honeyeater shared a tree with a Yellow-naped HoneyeaterWhite-plumed Honeyeater. All these honeyeaters can get a little confusing. A momentary excitement occurred when we thought we’d seen a White-bellied Cuckoo-shrike, but it was a juvenile Black-faced Cuckoo-shrike, soon accompanied by an adult. In the distance, a Peaceful Dove called, but wasn’t visible.
Around the corner, the number of birds dropped off and on the way back to the car we found a pair of Buff-rumped Thornbills and were treated to better views of the the Black-faced Cuckoo-shrikes. 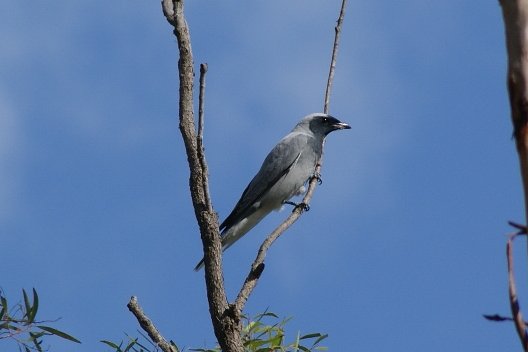 Moving on to Scheyville National Park, we were immediately met by the sound of dozens of Bell Miners, calling all round us, but none were in sight. Walking into the wooded area further, we came across a legless lizard of some sort. Eventually, in a clearing, we sighted the Bell Miners; mostly in the canopy and keeping a distance, but easily recognisable with their bright green plumage.
Back at the car, we could see in the field opposite a Jacky Winter in a tree, looking smart in grey, black and white.

Driving back, we passed a field of cattle at Box Hill with around thirty Cattle Egrets - a lifer I had missed in Spain some years ago. 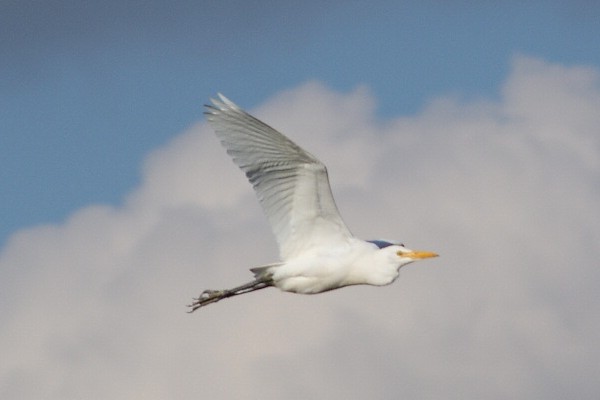 A few kilometres further and a a few more Cattle Egrets were foraging near a group of Australian White Ibis, which had a Straw-necked Ibis in the middle.

The tally for the day was thirteen lifers and one year tick. The bad side? Finding at the end of it that I’d left my camera on the 2.5 meg setting, thus making all of my pictures a quarter of the resolution...