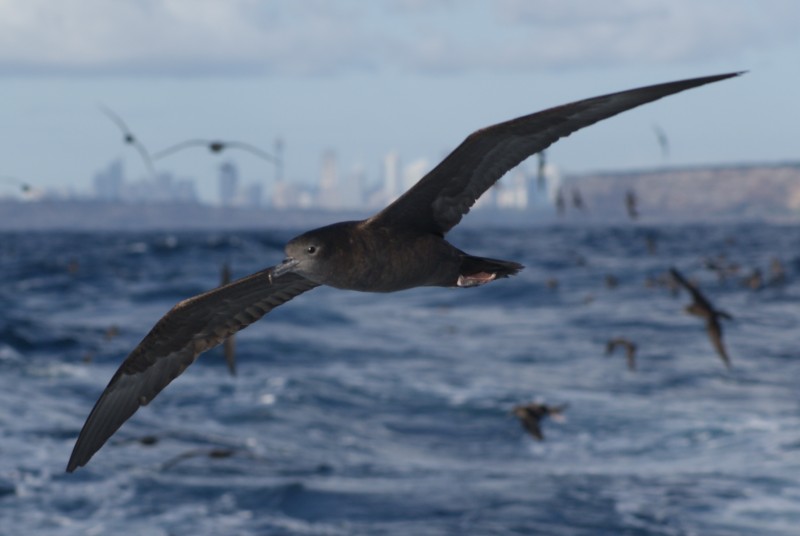 A small group of Australasian Gannets took a look at us before carrying on out to sea. The Wedge-tails were quickly joined by Flesh-footed Shearwaters. The two look superficially similar, but the feet and bill are light pink in the Flesh-footed. The shearwaters looked quite a bit larger than I expected and had a very useful habit of loitering around at nearly the same speed as the ship, which made photography a lot easier. 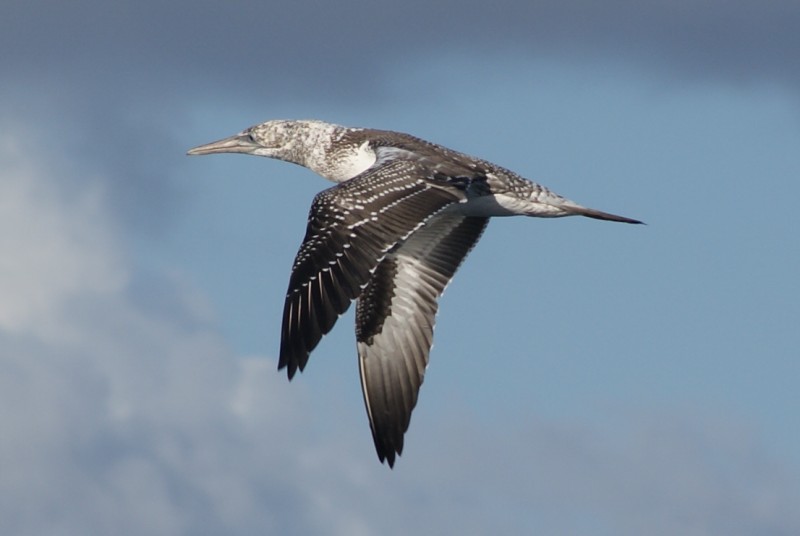 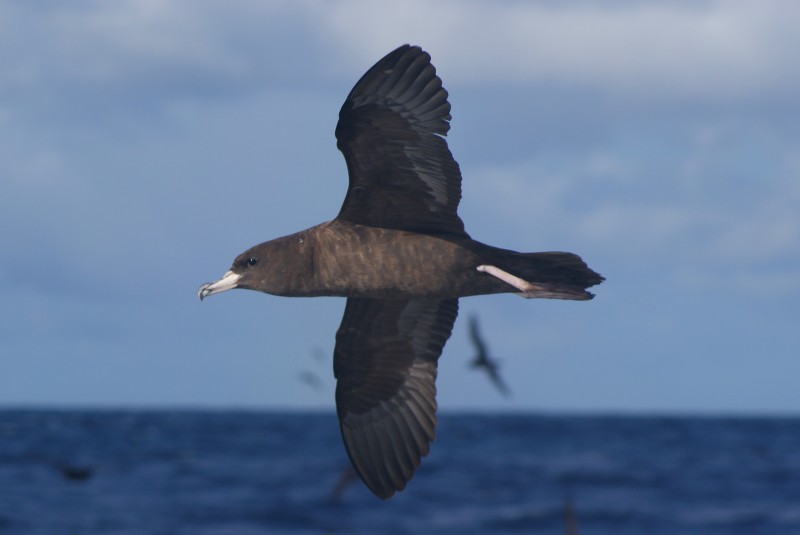 While the shearwaters were feeding, a Pomarine Skua appeared. These birds are often parasitic feeders and will rob other birds of their food - forcing them to regurgitate a swallowed catch. A few more turned up, but didn't seem to hassle the other birds too much. It was interesting to see them - research shows that they might be a rare case of a species being formed by hybridisation. Soon after, a small group of Greater Crested Terns took a good look at us. 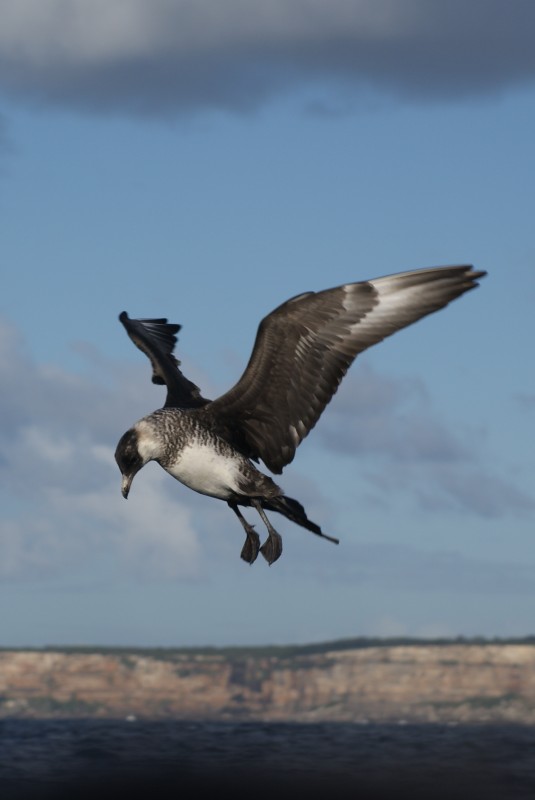 So far, so good. Five lifers and we'd not been out of the harbour for half an hour. The other birders on the deck swung their binoculars round almost simultaneously and suddenly, the Shearwaters looked positively small. A Black-browed Albatross had just flown in from astern. It casually lifted over the wavetops, occasionally paddling a crest with its feet and barely seemed to flap its long, thin wings as it caught up with the feeding flock behind us. Another showed up not long after and eventually, as many as four had been seen. 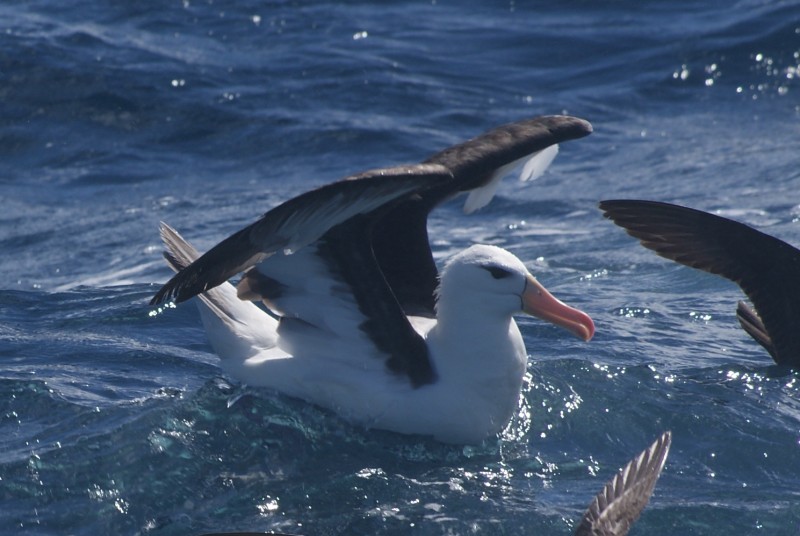 We kept going out to sea, looking for a marker buoy where some good birds had been seen previously. The sea was still pretty rough and I was very pleased not to have felt seasick, this being the first time I'd been on anything rougher than Portsmouth Harbour. A couple of poor chaps looked decidedly off-colour. Something that never ceases to amaze me is how quickly you can become used to a new species. We'd been out a little under two hours and I was already thinking "ah, another wedge-tail." However, at that point, the binoculars went up again and this time even the Black-browed Albatross was looking rather small - a Wandering Albatross, the bird with the largest wingspan of any alive today. 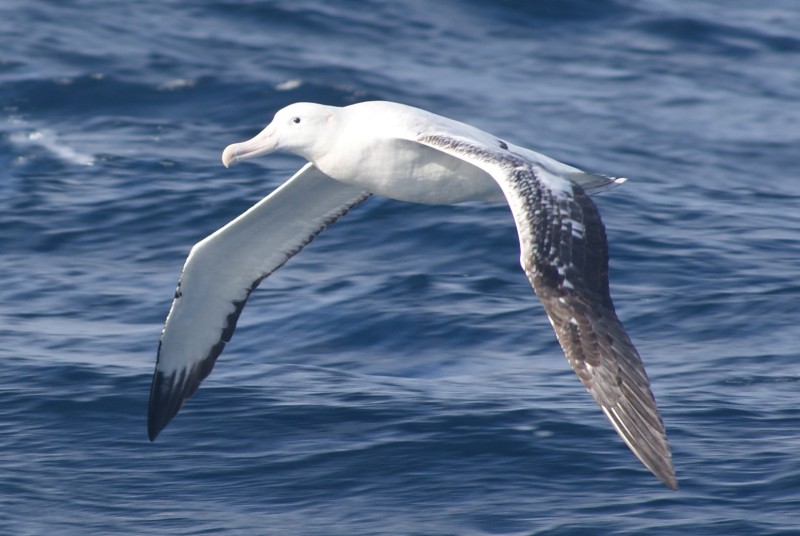 We went south for a little while and the number of birds dropped off a little, but we had other visitors. A pod of around fifty Pantropical Spotted Dolphins were swimming around us, jumping our bow wave and gliding under the ship. This species is not particularly common in the area and was a lifer for several people who had a fair bit of experience with cetaceans. 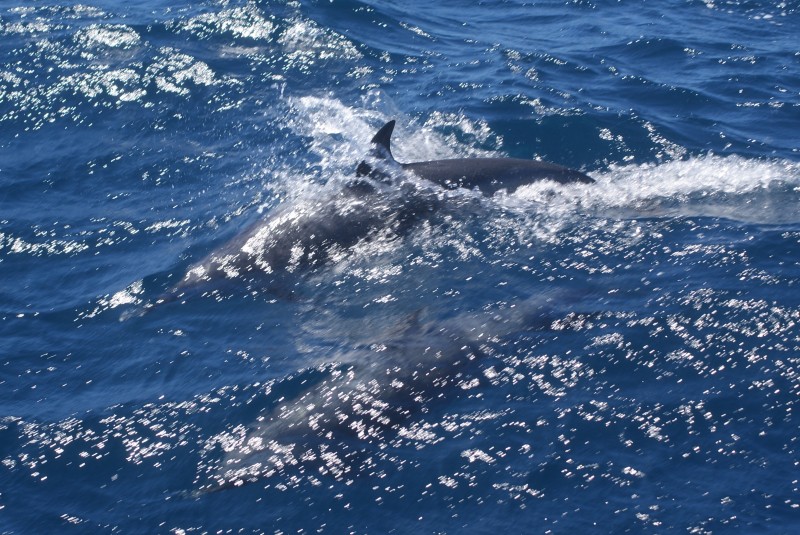 We turned out to sea again and Sydney became nothing more than a few blurry tops of the tallest buildings on the horizon. Not long after, we reached the edge of the continental shelf. Two or three Great-winged Petrels joined the shearwaters and Pomarine Skuas. A few fishing rods were put out and after a bit, a couple of tuna were caught and released. We motored over to a patch of calmer water, which is more popular with feeding birds than the rougher waves. Another Wandering Albatross, this time a juvenile came in for a good look at us, as did a Shy Albatross, which did some remarkable fly-bys of the ship. 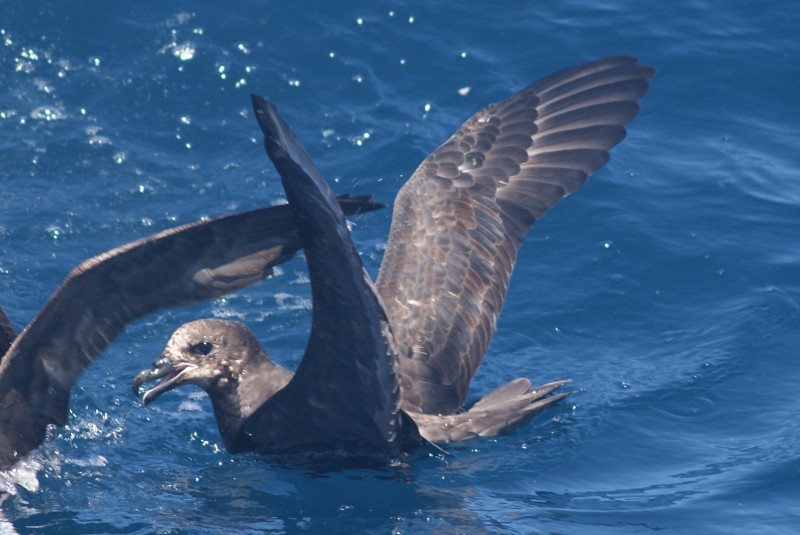 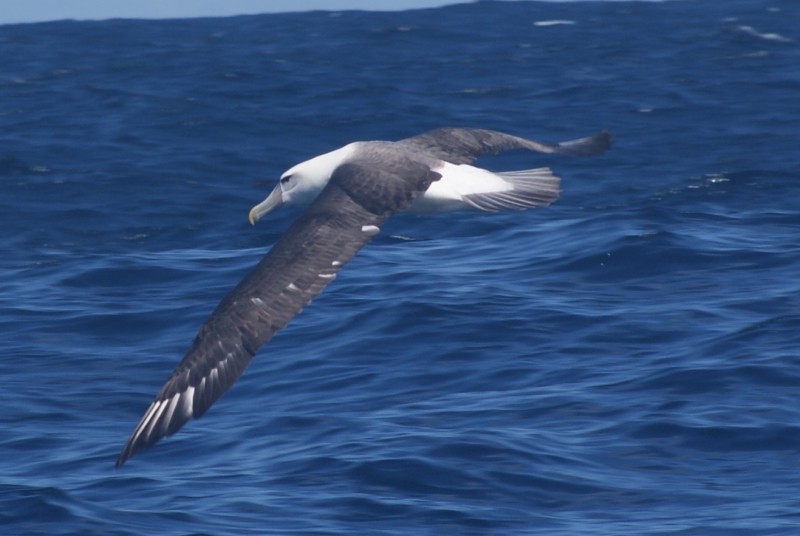 The careful scanning of the slick (as a calm patch is called) paid off - a Gould's Petrel was racing across, wheeling into the air and racing down into wave troughs, the black-and-white patterning of the underside showing clearly. Just about everyone with a camera was taking photos of this bird as it is not very common in the area. A few Wilson's Storm-petrels came wafting over, looking like tiny pigeons as they pattered on the waves with their feet. Another uncommon bird showed up - a White-bellied Storm-petrel, which got everyone pretty excited. As this bird and the Gould's Petrel were flying around (and a second Gould's had shown up), directions were being called out like it was the deck of a corvette under fire: "Six o' clock, going right, low!" 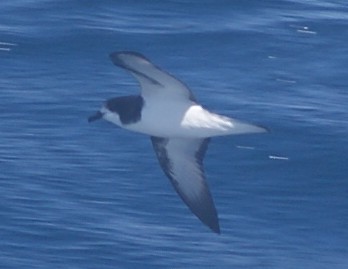 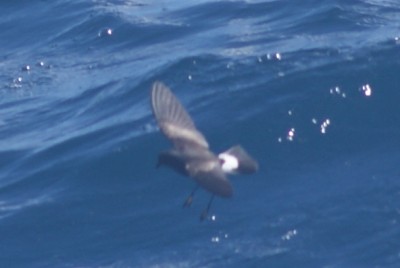 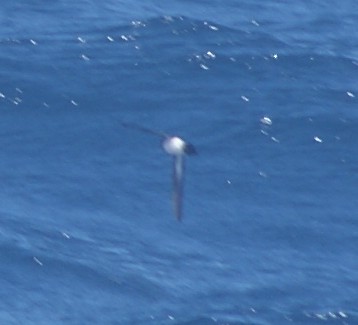 Not long after, we turned back. Some heavy rain was encountered on the way back and I missed a Fluttering Shearwater that had been called out from the top deck. Just inside the harbour, several people saw an Arctic Skua, but again I missed it. Ten hours after setting out, we disembarked at Mosman Bay.
A very good trip for me - twelve lifers, two of which were rarities, and a new species of dolphin.

Pages on birds seen and photographed on this trip